I first heard about the opportunity to travel to Israel  with Shoresh Study Tours as part of a CCO delegation almost exactly a year ago. Vince Burens, the CCO’s Executive VP and COO, made the announcement at our annual Summer Institute training event in July 2012, and I think I was among the first to respond—or at least, the first to commit.

The reactions I received from friends and family members when I mentioned my intention to travel to Israel were mixed. Fellow believers seemed to get it, although not all of them shared my yearning to travel to the Middle East. Others seemed puzzled, even alarmed, that I would choose to vacation in such a politically volatile area of the world.

I first toyed with the idea of a “Holy Land” tour back in 1999 or 2000, when I saw such a tour advertised in a Christian magazine. Before I could pursue it with any deliberation, violence broke out in what came to be known as the Second Intifada. I abandoned the idea.

My desire to visit Israel—and specifically, Jerusalem—was first ignited when I discovered a series of historical novels by Bodie and Brock Thoene called The Zion Chronicles, historical fiction which covers the period between November 1947 and May 1948, and the birth of Israel of a nation. This was 20 years ago, and shortly after I started reading these novels during my last months of living in Erie, Pennsylvania, I moved to Pittsburgh’s largely Jewish neighborhood of Squirrel Hill. My fascination with the Jewish roots of my Christian faith deepened.

As they say, timing is everything.

Shoresh Study Tours of Israel are focused around helping Christians understand the Jewish roots of our faith. “Shoresh” is the Hebrew word for “root.” As stated in the study guide we received on our first evening in Tel Aviv:

Standing in the very places where events in Scripture took place will make the Bible come alive for you as never before. Stories from a far-off land suddenly are immediate and real. Experiencing the modern State of Israel, as well as the present-day expression of the Lord’s body in the local congregations provides a powerful testimony of how God keeps His promises. The God we serve is not a lifeless historical face—no, He is alive! Likewise, the ‘Jewish roots’ of our faith are not dried-up artifacts of an age gone by: they have sprouted and continue to bear fruit today.

This promise was made real to me during many moments of the trip, but never as profoundly as when worshiping at Christ Church on Sunday morning. We were more than halfway through our trip by then, and joining together with other Christians in Jerusalem to praise Jesus, the Christ—the Messiah—was as moving an experience as anything else I saw or did during our time in Israel.

The Scripture lessons in the lectionary that morning included Psalm 42:

They sailed to the region of the Gerasenes, which is across the lake from Galilee. When Jesus stepped ashore, he was met by a demon-possessed man from the town. For a long time this man had not worn clothes or lived in a house, but had lived in the tombs. When he saw Jesus, he cried out and fell at his feet, shouting at the top of his voice, “What do you want with me, Jesus, Son of the Most High God? I beg you, don’t torture me!” For Jesus had commanded the impure spirit to come out of the man. Many times it had seized him, and though he was chained hand and foot and kept under guard, he had broken his chains and had been driven by the demon into solitary places.

Jesus asked him, “What is your name?”

“Legion,” he replied, because many demons had gone into him. And they begged Jesus repeatedly not to order them to go into the Abyss.

A large herd of pigs was feeding there on the hillside. The demons begged Jesus to let them go into the pigs, and he gave them permission. When the demons came out of the man, they went into the pigs, and the herd rushed down the steep bank into the lake and was drowned.

When those tending the pigs saw what had happened, they ran off and reported this in the town and countryside, and the people went out to see what had happened. When they came to Jesus, they found the man from whom the demons had gone out, sitting at Jesus’ feet, dressed and in his right mind; and they were afraid. Those who had seen it told the people how the demon-possessed man had been cured. Then all the people of the region of the Gerasenes asked Jesus to leave them, because they were overcome with fear. So he got into the boat and left.

Here is some of what I wrote in my journal that evening:

There’s something about hearing preaching on Scriptures that have just come to life by the privilege of BEING in the land of the Scriptures.

A few days ago, we read Psalm 42 in the region of the Golan Heights at Tel Dan.

The day before, [our guide] David indicated a steep bank along the shores of the Sea of Galilee, where the pigs may have been driven by demons into the water.

Between that and the reality of taking communion—matza and wine—at Christ Church in Jerusalem, where the liturgy referred to “Messiah” and “Yeshua” as well as “Jesus”—I found myself on the verge of tears several times.

It’s day 6 of this pilgrimage, and I continue to wonder—Am I really here? 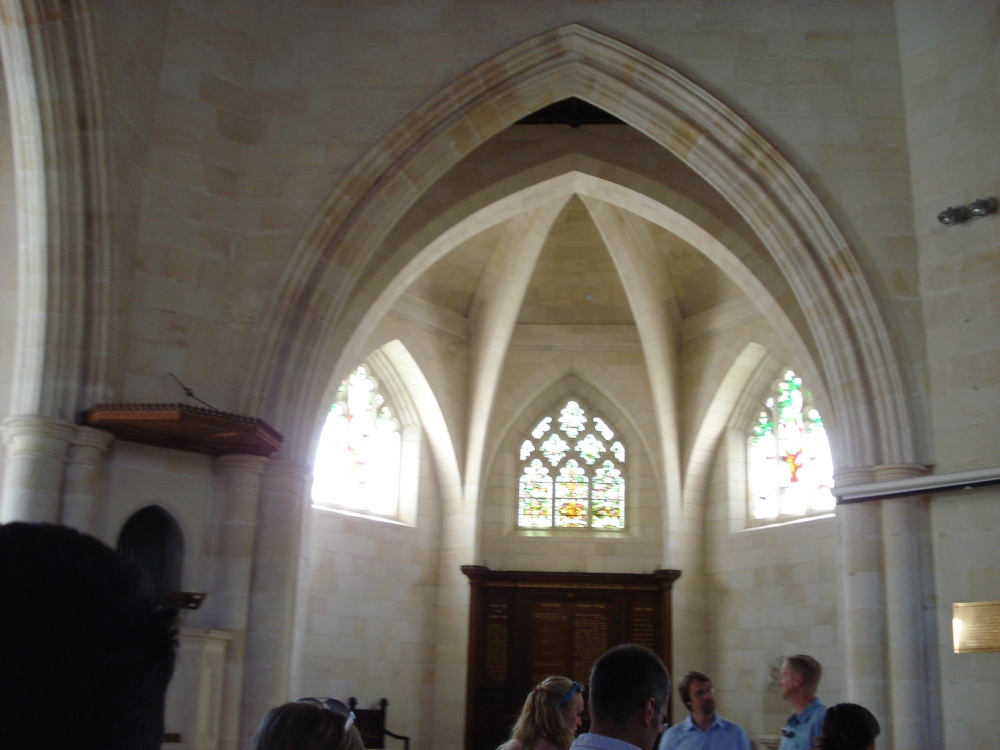 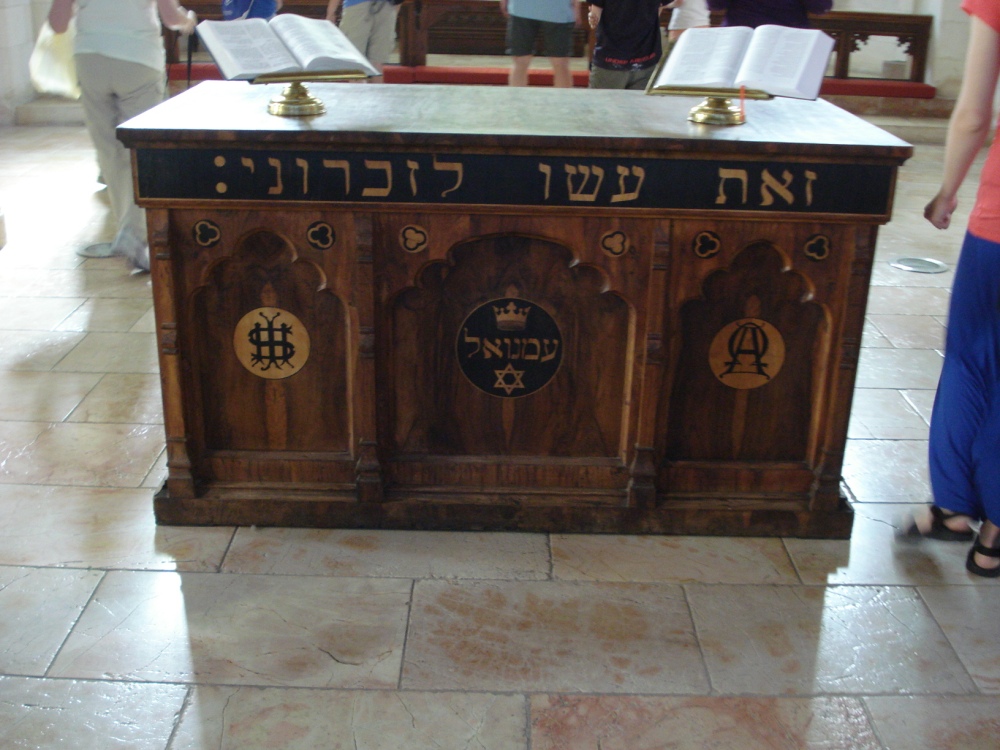