Since I returned from Israel last week, the most frequent question I’ve been asked about the trip has been, “What was your favorite part?” Close runners-up have been, “What surprised you the most?” and “Did the experience meet your expectations?”

You’d think by now I’d have ready answers to these questions. But, as I said to my extroverted friend, Ginger, when she quipped that she doesn’t know what she thinks until she says it: I don’t know what I think until I write it.

So. Time to write it.

What was my favorite part?
If we’re talking about places, my photos would suggest the Garden of Gethsemane. I took more pictures there than any other place we visited, but that is likely because of the majestic olives trees and colorful flora, especially in comparison to the stark monochromatic rocks and hills and valleys of the Judean wilderness, which we visited a few days earlier.

Compare this Judean wilderness, or West Bank, view from Masada:

…with this view of the Garden of Gethsemane:

The Garden of Gethsemane, in spite of its poignant significance in the passion story of Jesus, was like an oasis in a very real desert.

But to answer the question of what was my favorite part of the trip: in very broad strokes, my favorite places were the Sea of Galilee and Jerusalem. I have read about these seemingly mythical sites in the Bible for years. Now I when I read the accounts, they come to life in new ways.

I know now what it means to see a “city on a hill.” 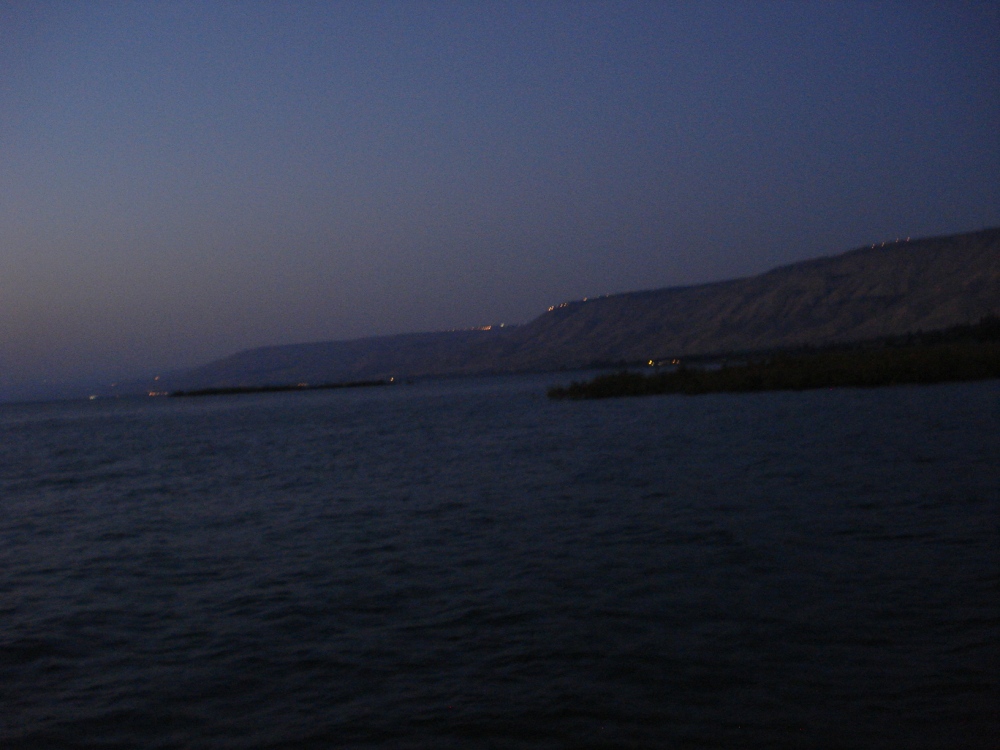 “You are the light of the world. A city that is set on a hill cannot be hidden. Nor do they light a lamp and put it under a basket, but on a lampstand, and it gives light to all who are in the house. Let your light so shine before men, that they may see your good works and glorify your Father in heaven.” (Matthew 5:14-16)

And I can picture Jesus looking over the banks of the Sea of Galilee while preaching his Sermon on the Mount. 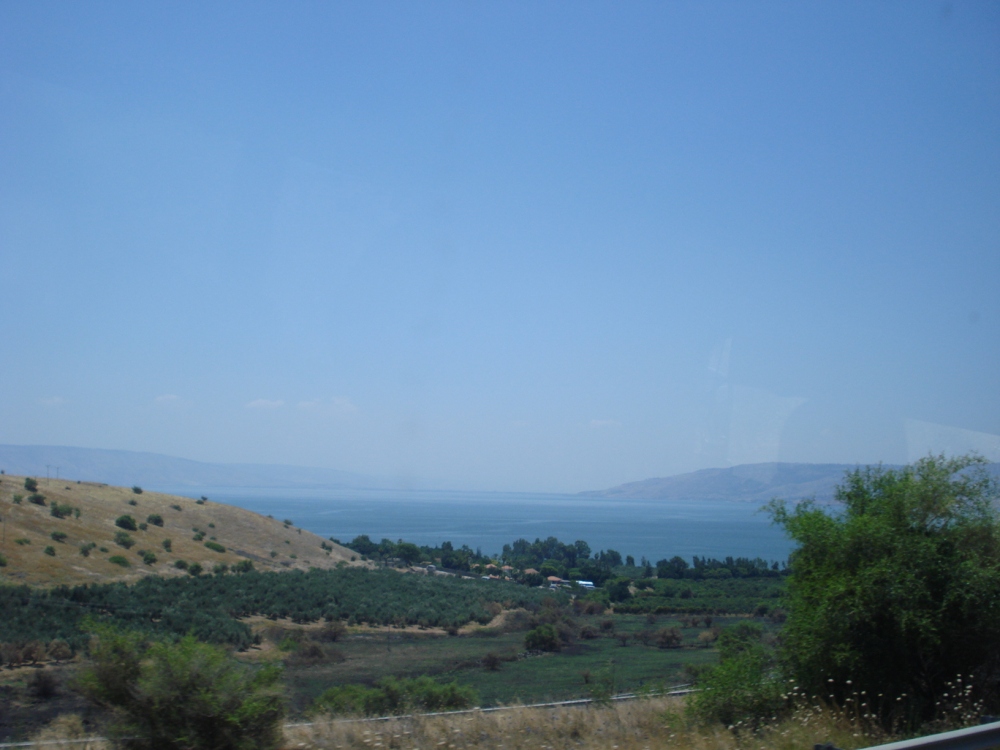 I took a boat ride on the Sea of Galilee. Sure, there was a DJ aboard, so in some ways it was more like a Gateway Clipper cruise along the Ohio, Allegheny, and Monongahela Rivers. And oddly, at the beginning of our hour-long sail, the American flag was hoisted and said DJs played “The Star Spangled Banner.”

But we were sailing to Tiberius, and even as I was posing for and taking pictures with my fellow travelers, I did not forget the significance of that body of water. 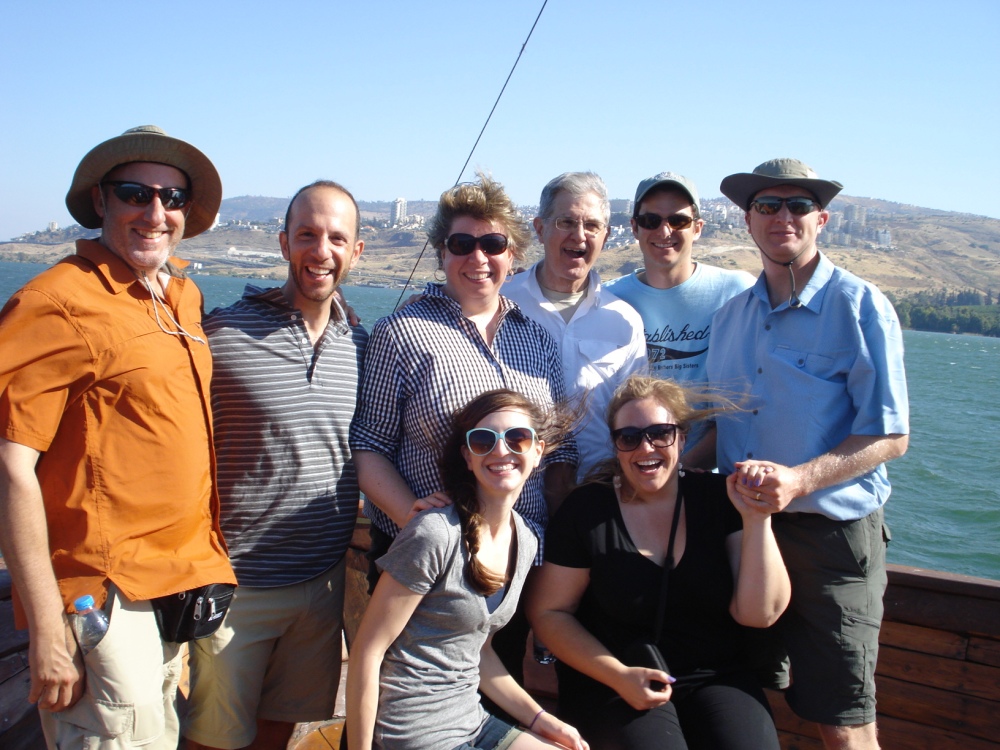 Now as Jesus was walking by the Sea of Galilee, He saw two brothers, Simon who was called Peter, and Andrew his brother, casting a net into the sea; for they were fishermen. And He said to them, “Follow Me, and I will make you fishers of men.” Immediately they left their nets and followed Him. Going on from there He saw two other brothers, James the son of Zebedee, and John his brother, in the boat with Zebedee their father, mending their nets; and He called them. Immediately they left the boat and their father, and followed Him.

Jesus was going throughout all Galilee, teaching in their synagogues and proclaiming the gospel of the kingdom, and healing every kind of disease and every kind of sickness among the people. The news about Him spread throughout all Syria; and they brought to Him all who were ill, those suffering with various diseases and pains, demoniacs, epileptics, paralytics; and He healed them. Large crowds followed Him from Galilee and the Decapolis and Jerusalem and Judea and from beyond the Jordan. (Matthew 4:18-25)

In Jerusalem, I felt the tension on the Temple Mount, the Dome of the Rock, where Muslims, Jews, and Christians mingle uneasily at a holy place that holds deep spiritual significance for each group. 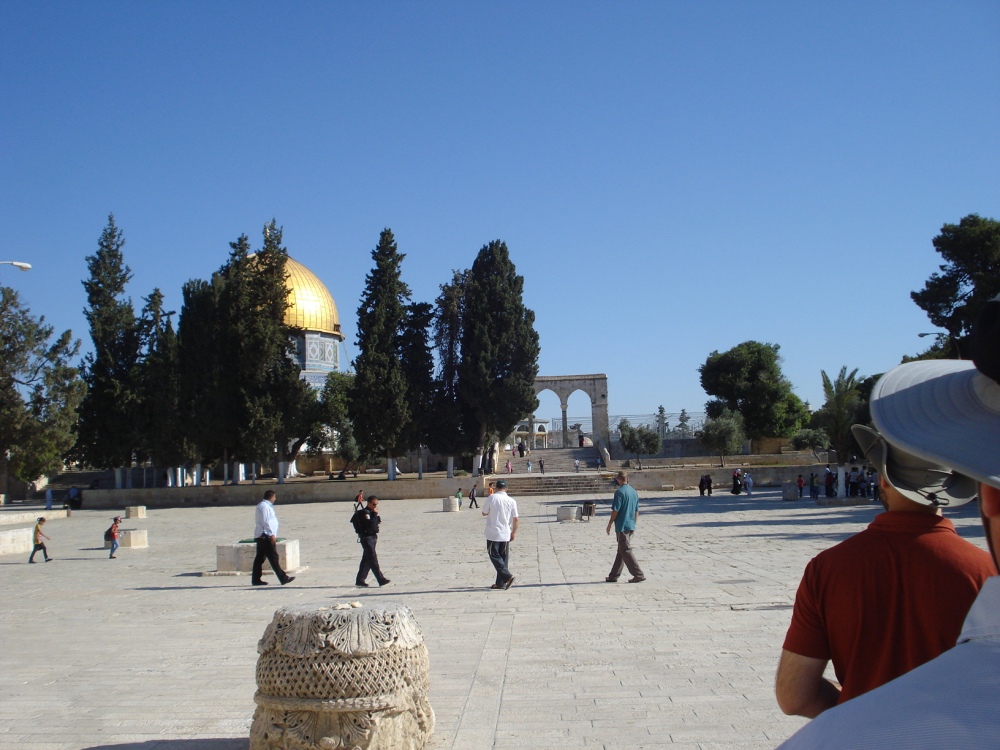 Standing on the Mount of Olives, descending to the base of the Kidron Valley, sitting for a while near the Garden of Gethsemane, and walking up into Old City Jerusalem, along the Via Dolorosa, or Way of Sorrows, I was aware that I was following—literally—in Jesus’ last footsteps. Even if the actual roads he likely traveled are several feet below the ones I walked.

I should not be surprised by this, but I find that as I write, I have more to say about my favorite parts of the trip.